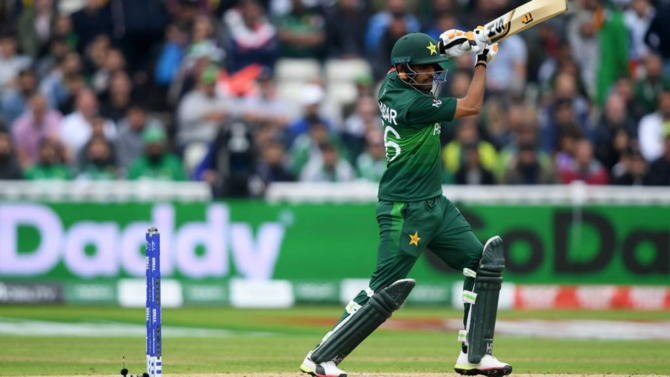 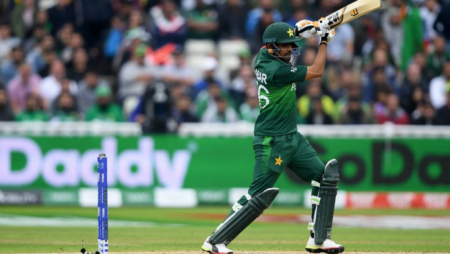 Aakash Chopra says “Whatever record Kohli creates, Azam comes from behind” in T20 World Cup 2021. He praised Pakistan’s Babar Azam for becoming the fastest captain to score 1000 runs in T20Is. Also, Azam achieved the feat during the course of his half-century. Against Afghanistan in the T20 World Cup 2021 clash in Dubai. Azam broke the old record by reaching the milestone in just 26 innings. Virat Kohli, the Indian captain, also set a record by getting there in 30 innings. In T20I cricket, the Pakistan captain became the fastest batter to score 2000 runs. Azam reached the milestone in 52 innings. Kohli needs 56 innings to reach the milestone.

“During his innings, Babar Azam became the fastest to 1000 T20I runs as a captain. The earlier record was held by Virat Kohli. Azam seems to be chasing Kohli. Whatever record Kohli creates, Babar Azam comes from behind and overtakes it! He’s brilliant and was like glue in the run chase,” Aakash Chopra said.

Babar Azam scored 51 from 47 in the Super 12 clash. Against Afghanistan before being cleaned up by Rashid Khan. Chopra pointed out that the Pakistan skipper timed his innings perfectly. Also, lifting his strike rate when the team needed quick runs.

“The good thing (for Azam) is that someone or the other keeps scoring at a swift pace at the other end. Mohammad Rizwan got out early for a change but Fakhar Zaman came in and started playing his shots right away. After Fakhar lost his rhythm, Babar accelerated.”

Lastly, Azam was dismissed. Pakistan lost its way a bit. However, Ali (25* off 7) struck four sixes in the 19th over to seal victory for his side. While Pakistan has won three out of three T20 World Cup 2021. Also, the form of speedster Hasan Ali is a cause of concern for the team. In the three matches, Ali has registered figures of 2/44, 0/26, and 1/38.