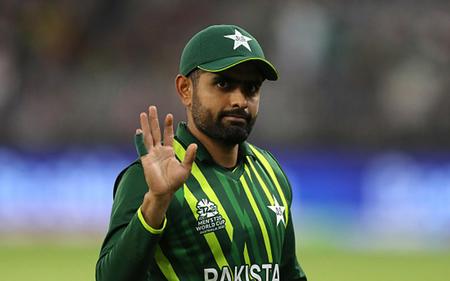 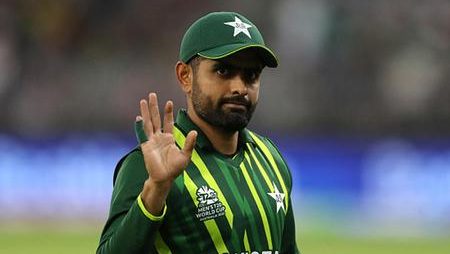 Aakash Chopra said – “I don’t think Babar Azam will make runs in T20 World Cup final”.  Aakash added, ‘Even if he scores runs, he will do it extremely slowly,’.

Babar Azam is ready to lead Pakistan against England in the final game of the T20 World Cup 2022 on Sunday at the Melbourne Cricket Ground (November 13). Both clubs qualified for the championship game with convincing victories in the semifinal round. Pakistan defeated New Zealand by seven wickets in the second semi-final, while England defeated tournament favorites India by ten wickets.

The Pakistani captain scored 53 runs off 42 balls in the semi-finals, but he has struggled throughout the competition. He didn’t score much in the first four Super 12 group-stage games, but he showed signs of regaining to form with a 25-run knock against Bangladesh in the last group-stage game and a fifty against the Kiwis.

Former Indian cricketer Aakash Chopra believes Babar’s form has arrived at the appropriate time, but believes the player will not score runs in the final. Aakash further stated that even if Babar scores runs, his strike rate will be low. So far in this competition, Babar has scored 92 runs in six innings with a strike rate of 87.61.

“The batting form has come at the right time. Babar was not scoring runs, he batted well in the semi-finals. He is still second fiddle if you make him stand next to Mohammad Rizwan. The captain scoring runs is a good thing but I don’t think he will make runs today. Even if he scores runs, he will do it extremely slowly,”

Aakash also mentioned that Mohammad Rizwan would be an important role in the final, although he will struggle against English pacers Chris Woakes and Sam Curran. Rizwan has performed admirably in this World Cup, scoring 160 runs from six innings with a strike rate of 109.58. English pacers Sam Curran and Mark Wood have been outstanding in this competition and are expected to dominate the final at the MCG.

“Mohammad Rizwan is a key player because he drives the game fast. But seaming conditions – Chris Woakes, Sam Curran – he might get troubled there. Ben Stokes might also pick up a wicket at the start in this match,”

Read also: Pakistan’s Greats Provide A Surprising Analysis Of India’s Mistakes in “Since The Start Of IPL”