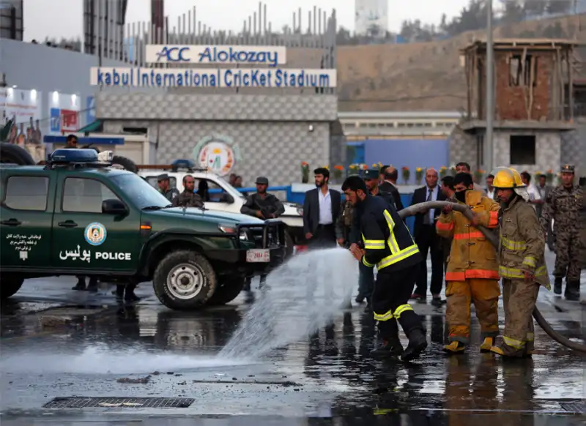 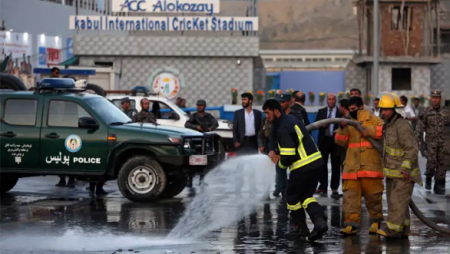 A suicide bomber detonated a suicide bomb during a T20 match in Kabul’s stadium. The incident occurred at the Kabul International Stadium during the 22nd league match of the Shpageeza Cricket League between Pamir Zalmi and the Band-e-Amir Dragons.

A bomb exploded in the Alokozay Kabul International Cricket Ground in Kabul, Afghanistan’s capital city. On Friday evening, July 29th, a bomb exploded among the fans in the stands during a Shpageeza Cricket League match in Kabul. According to the most recent reports, a suicide bomber struck Kabul during the Afghanistan Premier T20 tournament. Both teams’ players were rush into a bunker. The United Nations was also present at the stadium when the attack occurred.

As chaos ensued following the explosion. Spectators were seen fleeing to safety as tensions rose among all those present in the stadium. The incident occurred at the Kabul International Stadium during the 22nd league match of the Shpageeza Cricket League between Pamir Zalmi and the Band-e-Amir Dragons. The Kabul Police headquarters confirmed the incident, but no casualties have been reported so far.

Suicide bomb during a T20 match in Kabul’s stadium.

The Kabul International Cricket Stadium blast appears to have been cause by an IED plant in the stands. Leaving at least nine people injure, with the number of casualties likely to be much higher. Following the blast, it appears that the second inning has begun.

The Afghanistan Cricket Board established the Shpageeza Cricket League in 2013, modeled after the IPL-style professional T20 league. The tournament began with five teams, and the inaugural edition won by the Speenghar Tigers. But as Afghanistan emerged as a potential powerhouse in international cricket, three more teams representing different provinces of the country were added to the tournament.

Afghanistan has been hit by a series of bomb attacks reportedly launched by the Islamic State (IS) group opposing the Taliban regime. In May, in one of the deadliest attacks this year. 14 people were killed and 32 others wounded in four explosions that rocked Kabul and the northern city of Mazar-i-Sharif.

Also Read: “Targeted Because Of Me”: Shahid Afridi On Pakistan’s Out-Of-Favour Batter