3 Indian bowlers with most wickets in competition T20 World Cup 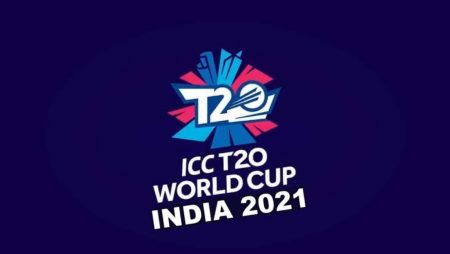 3 Indian bowlers with most wickets in competition T20 World Cup. T20 World Cup is around the corner. Moreover, the seminal competition is set to start on October 17 in the UAE and Oman. India will be one of the favorites going into the tournament, with a star-studded squad. It is within the terms of both batting and bowling. In the bowling department, India has picked Jasprit Bumrah, Bhuvneshwar Kumar, Mohammed Shami, Rahul Chahar, Varun Chakravarthy, and Ravichandran Ashwin. Also, along with all-rounders Ravindra Jadeja, Axar Patel, and Hardik Pandya.

Moreover, India also has Shardul Thakur and Deepak Chahar named as reserves. There is a notable omission in the form of Yuzvendra Chahal, India’s leading wicket-taker. But they have enough firepower with a blend of experience and youth. Ashwin’s inclusion came as a bit of a surprise. Also, with the veteran spinner not having played a T20 International since 2017. However, the spinner is India’s most successful bowler in the T20 World Cup. Virat Kohli can call upon his experience on pitches.

3 Indian bowlers with most wickets in competition T20 World Cup

Ashwin claimed five wickets in four matches. However, his performance drastically improved in the 2014 season. He picked up 11 wickets in six matches. The 2016 World Cup, was one to forget for Ashwin and could only take four wickets in five matches.

Irfan Pathan is India’s second-most effective bowler within the competition. Moreover, with 16 wickets in 15 matches over four seasons of the T20 World Cup. Irfan Pathan claimed 10 wickets in seven matches. Only RP Singh had more scalps for the Men in Blue. Pathan put in a player of the match performance in the final. Against Pakistan, as he took 3/16 to help India defend 157. India eventually won the match by five runs. Irfan’s 3/16 remains his best performance in the T20 World Cup.

Harbhajan Singh picked up 16 wickets but took 19 matches. In 2007, Harbhajan took seven wickets in as many matches to help India bring home the trophy.

Visit also: Umran Malik, the young fast bowler from Jammu & Kashmir made a mark in his first couple of outings in the IPL 2021