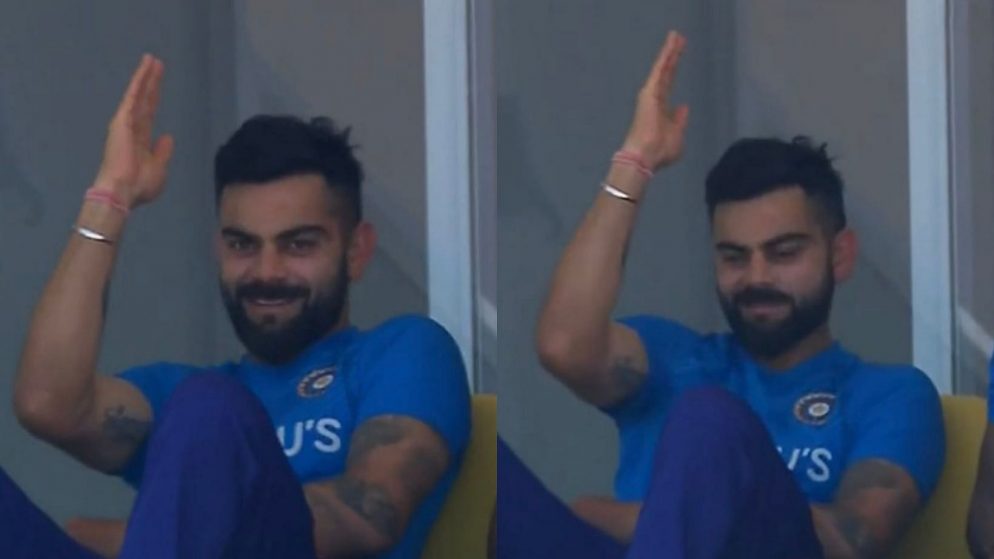 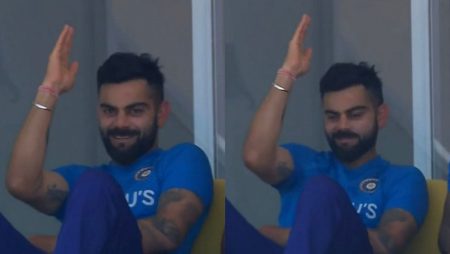 On Friday, videos of Kohli’s dance while sitting next to Shikhar Dhawan in the dressing room went viral on social media.

Virat Kohli was dismissed for a five-ball duck in the second One-Day International against South Africa. But that didn’t dampen his spirits. Kohli was enthralled by Rishabh Pant’s blistering innings.

On Friday, videos of Kohli’s dance while sitting next to Shikhar Dhawan, in the dressing room went viral on social media. Pant was the cause of Kohli’s joyous moment. In India’s must-win match, the wicketkeeper-batter was hitting boundaries for fun. Also it was his couple of over-the-top hits that got Kohli grooving.

Kohli, who scored 51 in the first ODI, was dismissed in the second match without troubling the scorers. The former India captain attempted to drive a Keshav Maharaj delivery but instead scooped a routine catch to the cover fielder.

Pant, on the other hand, more than made up for Kohli’s mistakes. The left-hander set a new record for an Indian wicketkeeper-batter in an ODI in South Africa. Surpassing Rahul Dravid and MS Dhoni. He scored 85 runs off 71 balls to help India reach 287 for six after opting to bat first.

He not only lofted South Africa’s two left-arm spinners, Keshav Maharaj and Tabraiz Shamsi. For sixes over long-on, but he also used the sweep shot to good effect. Both the slog sweep towards cow corner and the conventional square off the wicket. Shamsi’s downfall was precipitated by one of these shots.

South Africa won the second ODI in Paarl by 7 wickets, thanks to half-centuries from Janneman Malan and Quinton de Kock.

South Africa chased down the target with 11 balls to spare thanks to Malan’s 91 and De Kock’s 78.

The hosts have taken an unassailable 2-0 lead in the three-match series, with the third and final ODI set for Sunday, January 23.